Australia has been sealed off from the rest of the world for much of the past two years, starving Sydney airport of a steady flow of tourists, returning expatriates and migrant workers as borders were shut.

Yet even when passenger numbers were down more than 75 per cent compared to the pre-lockdown period, a consortium of infrastructure-hungry funds launched an audacious A$22bn offer to acquire the airport in July.

That offer culminated in recommended bid of A$23.6bn (US$17.5bn) in November, one of a trio of big deals that has lifted Australian mergers and acquisitions to record levels in 2021.

Bankers and lawyers say the M&A boom is unlike any they have seen, with A$308bn of deals agreed in Australia in 2021 compared to a 10-year average of A$100bn, according to data from Refinitiv.

“None of us can remember a market where there has been so much volume at such a material scale,” said Marissa Freund, head of mergers and acquisitions for Goldman Sachs in Australia and New Zealand.

The record M&A in a country that introduced some of the strictest lockdown regimes in the world was not driven by opportunistic buyers taking advantage of a weak market. Instead, low funding costs, pent-up demand for transactions after a dealmaking lull in 2020 and an economic rebound have proved the catalyst. A growing amount of private capital and a shift in strategy by the country’s enormous superannuation pension funds has also triggered the wave of activity, forcing buyers to offer hefty premiums.

Until this year, Sydney Kingsford Smith Airport, named after a famous Australian aviator and considered to be the holy grail of country’s infrastructure assets, had previously been seen as too big for local buyers.

But the deal was soon eclipsed by two more record-busting transactions. Square, the payments company started by Twitter co-founder Jack Dorsey, agreed to acquire fintech company Afterpay for A$39bn, the largest takeover of an Australian company, in early August. That was soon followed by mining group BHP’s agreement to merge its petroleum assets with Woodside in a deal that valued the combined business at A$41bn.

Crown Resorts, the casino group controlled by billionaire James Packer, is another Australian asset being pursued, with Blackstone, the US private equity firm circling. Crown has rejected a $6bn offer but has opened its books for the suitor to conduct due diligence.

Barrenjoey, an investment bank backed by the UK’s Barclays and Australia’s Magellan, was founded a year ago to ride the M&A wave.

Erin Tinker, head of M&A for Barrenjoey who worked on the Sydney airport deal, said the “megadeals” have increased the average takeover size to A$3.8bn in 2021 compared to a 10-year average of A$1.3bn. Takeover premiums have risen to an average of 44 per cent compared to 33 per cent between 2015 and 2020, a record high. “It is certainly the most active market I’ve been in for 20 years,” she said.

Australia’s buyout frenzy has been partly driven by giant superannuation funds — the country’s A$3tn pension sector — which has become more aggressive in targeting listed companies and by the amount of unused capital available to bidders hunting a scarce number of assets.

That has forced a shift in approach by super funds, which have started to team up to target publicly listed companies. For example, Aware Super and Macquarie Infrastructure & Real Assets (MIRA) joined forces to buy telecoms company Vocus for A$3.5bn in June.

Private capital is fuelling M&A volumes, accounting for 36 per cent of deals compared to a 10-year average of 25 per cent, according to Tinker.

Luke Bentvelzen, Barrenjoey’s co-head of infrastructure and technology, added that half of this year’s deals — including BHP’s oil merger with Woodside — have been driven by decarbonisation and digitisation trends. “Companies are reweighting towards higher growth segments,” he said.

The takeovers have led to some worries that Australia is being cherry-picked of its biggest and best companies. But Bentvelzen countered that there is a good pipeline of initial public offerings in the coming year. SiteMinder, the hotel-booking software company, surged 38 per cent on its debut last month, driving its value beyond A$1bn, in a performance which should embolden other technology companies looking to float, he said.

Some boards have also resisted the urge to sell. Altium, an Australia-listed electronics company, rejected a A$5bn bid from Silicon Valley rival Autodesk this year and has since traded well above the offer price.

Freund said the argument that Australia’s stock exchange is being picked clean “doesn’t really stack up” but does expect the M&A boom to continue into 2022 despite concerns about rising inflation and potential interest rate increases. “I don’t see it stopping anytime soon. Long may it continue,” she said.

Sign up here to receive Due Diligence, top stories from the world of corporate finance, sent straight to your inbox every Tuesday to Friday 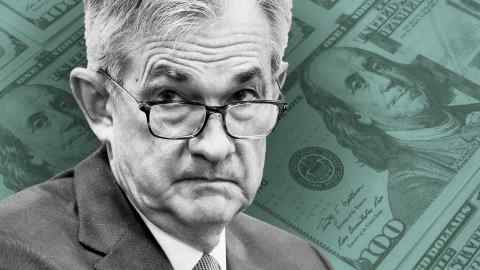