Good morning. This article is an on-site version of our FirstFT newsletter. Sign up to our Asia, Europe/Africa or Americas edition to get it sent straight to your inbox every weekday morning

How well did you keep up with the news this week? Take our quiz.

Joe Biden is to hold talks with leaders of eastern European Nato states who fear the US president is open to negotiate with Russia over its demand for the western military alliance to curb its expansion in the region.

Following a virtual meeting with Russian president Vladimir Putin on Tuesday, Biden said he planned “to discuss the future of Russia’s concerns relative to Nato writ large” and explore “whether or not we can work out any accommodation”.

Putin, who has overseen a large-scale military build-up on Russia’s border with Ukraine that US intelligence has said could be used for an invasion, has demanded that Nato rule out making Kyiv a member. The Russian president also wants the alliance to cease military deployments in eastern European member states bordering Russia.

“I hope I’m wrong but I smell ‘Munich’ here,” Marko Mihkelson, head of the foreign affairs committee of Estonia’s parliament, told the Financial Times in reference to the 1938 agreement in Europe to try to avoid conflict with Nazi Germany by ceding the Sudetenland.

Thanks for reading FirstFT Asia. Here’s the rest of today’s news — Emily

Five more stories in the news

2. US to blacklist China’s SenseTime over Xinjiang The US will put the artificial intelligence company on an investment blacklist, as it prices its Hong Kong initial public offering. The action against SenseTime, which Washington says enables human rights abuses against Muslim Uyghurs, will be part of a package of sanctions to mark Human Rights Day, according those familiar with the decision.

3. Sackler name to be removed from Met galleries The Sackler family name that has graced galleries at New York’s Metropolitan Museum of Art for nearly 50 years will be removed as the institution tries to distance itself from a family accused of fuelling the opioid crisis.

4. US seeks to tighten Iran sanctions as nuclear talks sputter The state department said a US delegation would visit the United Arab Emirates next week to caution that banks and businesses in the Gulf state, an important trading partner for Iran, risk punitive measures if they violate sanctions on the Islamic republic.

Inflation data Germany, India and the US will report monthly consumer price index figures. US inflation is expected to have increased 0.7 per cent, down from 0.9 per cent in October, according to economists surveyed by Refinitiv.

UK monthly GDP Economists polled by Reuters expect GDP to have grown 0.5 per cent between September and October — before global markets were shaken by news of the Omicron coronavirus variant in late November.

Nobel Prize ceremony Nobel prizes will be awarded to Nobel Prize laureates in Oslo, Norway. Many received their awards in scaled down ceremonies because of the pandemic. Journalists Maria Ressa and Dmitry Muratov are set to receive the Nobel Peace Prize. (NPR)

What else we’re reading

China’s Shein storms the world of fast fashion The brand has become the biggest in the US market by being cheaper and faster than rivals like Zara. But company detractors say its business model relies on tax loopholes, a flexible attitude to intellectual property and scant regard for corporate and social responsibility.

America is still a dangerous nation It is easy to presume “non-interventionism” has become Americans’ settled view. But the climate can switch rapidly. Think of what happened after 9/11. Now imagine hordes of Ukrainians fleeing as Russian tanks churn up their towns this winter, writes Edward Luce.

Disney’s chief is planning to do things his way Bob Chapek borrowed billions, sidelined insiders and irked the talent. But it’s all part of the plan, say Christopher Grimes in Los Angeles and Anna Nicolaou in New York in a report for FT Magazine.

Using ‘synthetic data’ to uncover Syrian war crimes Researchers are increasingly turning to “synthetic data” instead of real images to train artificial intelligence programs to recognise weapons used in the conflict and captured on social media. But can the technique adequately represent reality?

Our colleagues on the How To Spend It magazine have selected six new ways to optimise your health this winter.

Thank you for reading and remember you can add FirstFT to myFT. Send your recommendations and feedback to firstft@ft.com 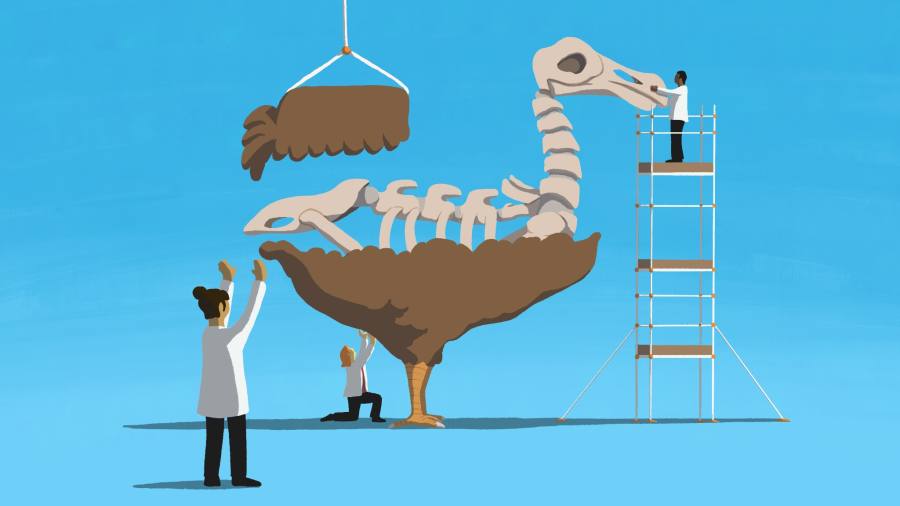