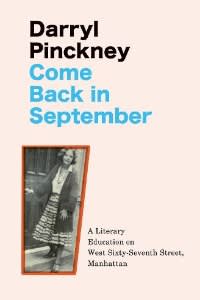 Stocks on Wall Street finished their strongest week since February, with the blue-chip S&P 500 index closing at a record high, after a rise in US inflation fell short of the market’s worst-case forecasts.

The S&P 500 gained 1 per cent on Friday, and had a weekly increase of 3.8 per cent, eclipsing a previous record close just over three weeks ago. The technology focused Nasdaq Composite climbed 0.7 per cent, bringing its weekly rise to 3.6 per cent.

The US labour department said on Friday that consumer prices climbed 6.8 per cent in November from the same month in 2020, matching economists’ forecasts and the highest increase in 39 years.

Despite the increase, the figures were something of a relief for investors who had girded themselves for data that could have shown a 7 per cent or larger rise.

Investors and analysts said the reading would keep the Federal Reserve on its current course, helping buoy markets that had been worried that a higher inflation number would compel the Fed to tighten monetary policy faster, hurting stocks.

“The market was expecting this inflation reading and high inflation has been priced into markets for many months now,” said George Ball, chair of investment group Sanders Morris Harris.

Many investors also expect price increases to peak soon, as supply chain glitches — caused by coronavirus shutdowns and a rebound in energy markets from the depths of 2020’s economic slowdown — ease.

November’s inflation report showed fuel prices rose 3.5 per cent over the month, down from 4.8 per cent between September and October. The monthly rate of price gains for used cars and housing was steady.

“The bond market is telling us inflation is not going to run out of control for long,” said Guillaume Paillat, multi-asset portfolio manager at Aviva Investors.

The yield on the benchmark 10-year Treasury note edged down 0.01 percentage point to 1.49 per cent. The five-year, five-year inflation swap rate, a measure of longer-term expectations of price rises, inched lower to 2.15 per cent.

The yield on the two-year US Treasury note, which moves inversely to the price of the government debt instrument and tracks monetary policy expectations, dipped 0.03 percentage points to 0.66 per cent.

Jay Powell, Fed chair, has given a strong signal that the US central bank, which holds its next monetary policy meeting next week, could rapidly wind down its $120bn-a-month of bond purchases that have lowered borrowing costs and boosted stock market sentiment through the pandemic era.

This could be completed by March, in a precursor to the Fed raising interest rates from their current record low, leading economists surveyed for the Financial Times have said.

“If the Fed does not pull back some of its support now and start to normalise monetary policy, they’ll have very little ammunition when we do get into the next recession,” said Paul Jackson, head of asset allocation research at fund manager Invesco.

“But I suspect US inflation is just about peaking out now.”

In currencies, the dollar index, which tracks the performance of the greenback against six others, was down 0.2 per cent.

Robert Armstrong dissects the most important market trends and discusses how Wall Street’s best minds respond to them. Sign up here to get the newsletter sent straight to your inbox every weekday

The Conservatives risk being consumed by Faragism

The great shakedown is back on. For 25 years, the Conservatives have been terrorised by …