US stocks dipped on Thursday, as traders weighed new restrictions aimed at tackling the spread of the Omicron coronavirus variant along with questions about the direction of monetary policy.

The technology-focused Nasdaq Composite share index was down 0.8 per cent in early afternoon New York dealings. Shares in exercise bike company Peloton fell more than 7 per cent, while Tesla and semiconductor company ASML were down by more than 3 per cent.

Wall Street’s blue-chip S&P 500 index slipped 0.4 per cent. The equity gauge had ended the previous session near its all-time closing high, wiping out almost all of its losses sustained in volatile trading since the emergence of Omicron rattled markets in late November.

Weekly US jobless numbers released before the opening bell on Thursday were indicative of labour market tightening, with first-time filings for unemployment benefits falling to 184,000 in the week to December 4, their lowest level since 1969. Economists polled by Refinitiv had expected a figure of 215,000. New jobless claims for the previous week stood at 227,000.

“We’re back to where we were [pre-pandemic],” said Steven Blitz, chief US economist at TS Lombard, referencing the latest US unemployment data. “This only serves to underscore how far behind the [Federal Reserve] is in terms of normalising policy rates.”

European equities closed lower. The regional Stoxx 600 index dipped by just under 0.1 per cent, while London’s FTSE 100 was down 0.2 per cent.

The UK moved to implement its plan B restrictions on Wednesday evening, including guidance to work from home and mandatory mask-wearing for most indoor venues. Denmark tightened its virus control measures, following similar moves by EU nations including Germany, Italy and Poland.

Meanwhile, economists surveyed by Refinitiv expect data to be released on Friday to show US consumer prices rose 6.8 per cent in the year to November.

“There was a post-Omicron rally but I think it is still too soon to interpret the recent data,” said Lale Akoner, senior market strategist at BNY Mellon. “If there is a big inflation uptick, then I do believe the market is going to get nervous about the Fed hiking [interest rates] earlier and faster than has been priced in so far.”

US inflation has exceeded the Fed’s target in recent months because of coronavirus-related supply chain disruptions, higher fuel prices and rising rents.

Economists surveyed for the Financial Times by the University of Chicago Booth School of Business’s Initiative on Global Markets expect the Fed will end its asset purchases by March, setting the stage for rate rises soon after.

In government debt markets, the yield on the 10-year US Treasury note dipped 0.02 percentage points to 1.49 per cent. Bond yields move inversely to their prices.

The dollar index, which measures the US currency against six others, gained 0.4 per cent. Sterling, which hit its lowest level against the dollar in more than a year on Wednesday, was steady at about $1.32.

Robert Armstrong dissects the most important market trends and discusses how Wall Street’s best minds respond to them. Sign up here to get the newsletter sent straight to your inbox every weekday 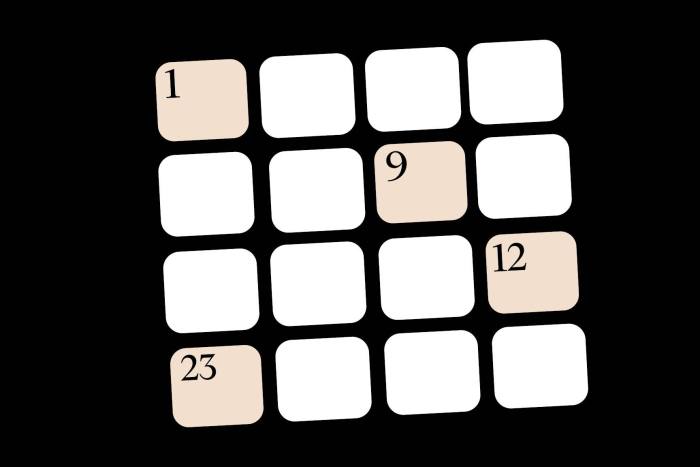 Behind the scenes: who are the FT’s crossword compilers?

Your setter/compiler handle/pseudonym/alter ego Zamorca. Why? I am mad about guinea pigs and thought it …